The Rule of Thirds

One of the most basic rules of composition is the rule of thirds and works for any camera whether it is an iphone or high end SLR.  It also applies to any artistic medium like painting or architecture.
Why and how this rule works is a tricky one to explain, the best answer can be found from it's origins by a 11th century Italian mathematician Leonardo Fibonacci and his golden ratio theory (don't worry I'm not going to get too philosophical). 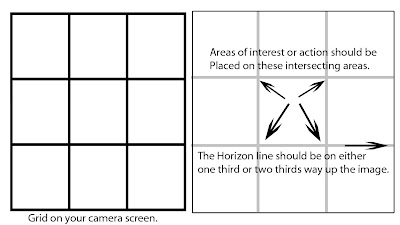 Many camera phones and instant cameras have the option to make a grid like this appear on the screen. The grid makes it easier to compose the image into the rule of thirds, hence the screens are always divided into blocks of 3x3.

The above two images are photographed at the same locations, but the photo on the left is composed without the rule of thirds.  While the image on the right has the castle, sky line and path all placed following the rule of thirds.  As you can see it makes for a more interesting image, rather than the castle shot straight in the middle. 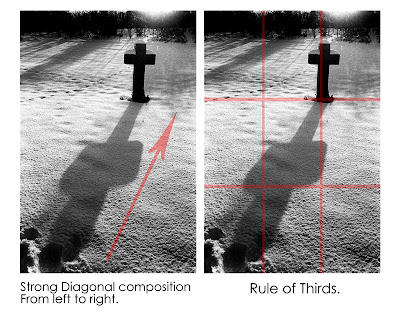 The shadow cast by the cross was composed with the rule of thirds in mind. 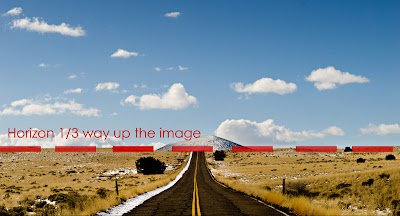 The above two images demonstrate the rule of thirds, the first image shows two thirds of sky to give a sense of space and the vastness of the plains.  The second image is the same photo cropped but this time two thirds of the photo shows the ground, and one third sky to draw attention to the road (Route66 Arizona).  The same image cropped differently using the rule of thirds can produce two images very different from each other.

Remember these rules are not set in stone, but before you start breaking the rules it's best you know them first.